These entrepreneurs have achieved incredible success today. But real success is never without sacrifice, and in this article, they share some of what is required to make dreams a reality.

Before 2008, I was playing golf three times a week. I got distracted and entitled, started to rest on my laurels and put my family at risk. I decided to master my work and money; if my golf game or social status suffered, so be it. It’s OK to sacrifice fun today for freedom tomorrow. I sacrifice every day, doing the things I might not want to do, but doing them anyway for a better future.

—Grant Cardone, top sales expert who has built a $500-million real estate empire, and New York Times best-selling author of Be Obsessed or Be Average; follow Grant on Facebook or YouTube

One year, when interest rates were 18 percent, I had huge overhead and was in debt for $400,000. I was sweating big time; no one was buying real estate and I had 400 agents to support. I swallowed my pride and got a day job running the sales office of a new condominium complex. My bosses loved me, but I despised not being the boss. I left The Corcoran Group in the trusted hands of my business partner, Esther Kaplan, who continued to run it daily. Six months later, I’d earned $100,000 in salary to pay down the debt and cover a chunk of overhead. I quickly forgot about my embarrassment; that fast move actually saved my business.

—Barbara Corcoran, founder of The Corcoran Group and Shark on Shark Tank

I’ve learned the importance of sacrificing short-term pleasures for long-term happiness. Life is a long game, and when you start a business, you’ve made a decision that doesn’t allow any time in year one to focus on anything but building it. I’m talking code red, 18-hours-a-day dedicated—even at the mercy of your family time. But in two or three years, when I’m taking my kids on business trips and showing them the world, we’re reaping the benefits.

—Gary Vaynerchuk, founder and CEO of VaynerMedia (700+ employees with over $100-million annual revenue) and the New York Times best-selling author of #AskGaryVee

4. I spent my last pennies.

It took me almost two years to turn the idea for Style Coalition into a business. I had to decide whether I was returning to the job market or giving my business one last chance. I cashed out the 401(k) from my last job—my only asset—to survive a few more months. Putting my last penny into the company was terrifying, but quitting on my dream seemed worse. During those months, I signed a revenue-generating partnership with Elle magazine and sold a major campaign to a national retailer. This sacrifice motivated me to trust my own skills to generate prosperity.

—Yuli Ziv, founder and CEO of Style Coalition, author of Amazon best-seller Blogging Your Way to the Front Row; influencer marketing pioneer, and immigrant founder who bootstrapped her business from zero to millions

5. I lived away from my family.

My wife and I couldn’t afford to pay rent, so we decided that she would stay at her sister’s while I stayed at my mother’s. We didn’t leave each other; we just lived apart until I got back on my feet. Recently, my son (now 25) confronted me about leaving them for a year. I explained that it was necessary to build the business and give him the life he deserved. My son works with me today and is reaping the rewards. It wasn’t an easy pill to swallow at the time, but I knew the sacrifice would eventually be worth it. Today, money isn’t a problem. And it’s because I did what had to be done in order to keep building my dream.

—John Hanna, author of Way of the Wealthy and CEO of Fairchild Group

6. I had to stretch to make ends meet.

When I founded my first startup, Snoobi, I had to make some tough sacrifices. I’d just graduated from university and didn’t have any money. I got a job as a university researcher and used the money to pay half of the salary of my first employee. I sold the other half of his time to another company, which eventually gave my startup enough budget to pay his full salary and run some ad campaigns. For one year, I worked double hours and managed to make ends meet until I accumulated the necessary seed financing to quit my day job and concentrate fully on growing the business.

7. I gave up (negative) relationships.

I’ve walked away from relationships, friends and family members a few times in my life. It was painful because I lost a piece of my heart and identity—but it was ultimately worth it. An unsupportive spouse can be the death of your business, especially if you’re just starting out, yet a supportive significant other can help spawn incredible success in all areas of your life and business.

I filed for bankruptcy on my first business. I made the mistake of trying to buy an existing business, and it ended up failing miserably in the first year. Having destroyed my credit, I had to bootstrap my current business and learn how to manage profits. I also sacrificed sleep, because I was working a full-time, high-level sales job while building my business at night. The first year was exhausting and challenging, but it got me to where I am today.

— Gary Nealon, president of Nealon Solutions and The Rox Group; five consecutive years on the Inc. 5000

9. I simplified my lifestyle.

During my earlier years of building a financial foundation, my wife and I moved out of our home and rented it out. We moved into the basement of my in-laws’ home. We lived off of approximately 10 percent of our income and piled the rest into growing the business. In the initial stages of an entrepreneur’s journey, you can have lifestyle or wealth, but not both. We chose to live simply while building assets and wealth. We allowed time to compound our efforts. Imagine where you’d be in five years from putting aside 25, 50 or 90 percent of your income to invest in yourself and your business. That’s what we did and it paid off huge.

My job as the co-founder and president of my company takes up all of my available time, but the Leukemia & Lymphoma Society asked me to raise funds for blood cancer research over 10 weeks—a huge commitment and sacrifice of time, resources and energy. But cancer is everywhere and affects everyone, and my grandfather, a Syrian immigrant, always said, “Family comes first.” So we took on this philanthropic challenge as a family unit, and I made time, taking some away from my business in order to pursue my charitable dreams. Many people say, “Someday I’ll help, someday I’ll do more.” As a family, we realized that our “someday is today”; our kids’ rock band wrote and produced an original song called, “Someday Is Today!” and in two weeks, the music video reached over 500,000 YouTube views and over 150,000 Facebook views. This sacrifice of time might not have helped my business financially, but it contributed to my personal success.

Do These 5 Things to Stay Motivated 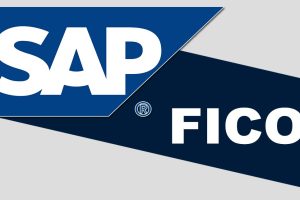